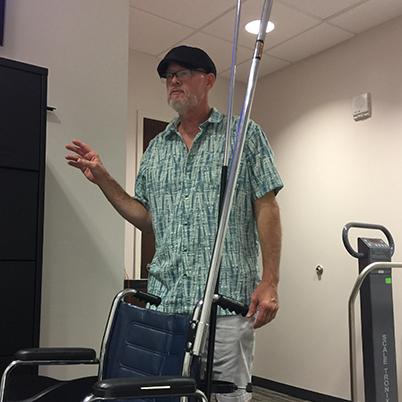 In 2019, Andrew Frank’s wife was battling terminal cancer and had to be hospitalized several times. On one occasion, while at her in-network hospital, she needed a critical procedure that the facility could not perform. She was transferred via ambulance to their sister hospital for the procedure and returned the same day. Months later they received an out-of-network ambulance bill for $1,631.
Later that year, on New Year’s Eve, Andrew’s wife’s health was failing, and, during a routine doctor’s appointment, she had a seizure. She was transported to a local hospital via ambulance because “there was never a matter of me strapping her to the roof of my car.” Even though the couple had insurance at the time, the ambulance was deemed medically unnecessary and thus billed as being out-of-network.
Sadly, Andrew’s wife died in January 2020. Even after this heartbreaking loss, the bills continued to pile up. In total, despite being insured, the couple was burdened with over $30,000 in out-of-pocket medical expenses. Andrew is understandably frustrated with the health care system, “You think you’re dealing with the medical profession, but it’s about money.”