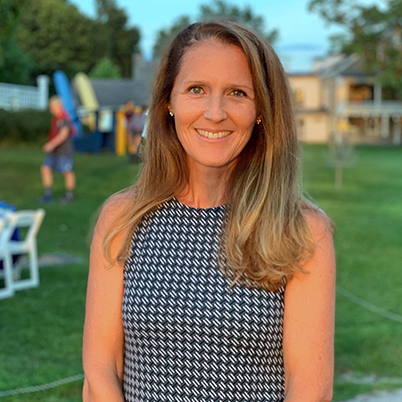 In August 2019, the same week as her 50th birthday, Nicki ran a high-altitude race. After returning home, she started having a cough. Her doctor diagnosed her with bronchitis and prescribed her antibiotics and a decongestant

Nicki followed her doctor’s advice, taking her medication and laying down for a nap. When she woke up, Nicki immediately knew something was very wrong. Her ears were ringing, her heart was pounding, and she was dizzy. Nicki’s neighbor rushed her to the closest hospital where they ran multiple tests—an EKG, chest x-rays, and blood tests – but could not pinpoint Nicki’s condition. Thankfully, by the end of the night, her heart rate stabilized, and she was able to return home to recover. A month later, Nicki received a $13,000 bill from the hospital. She contacted her insurance company only to be informed that the hospital was out-of-network and therefore they would only pay a fraction of the cost, leaving Nicki with a $10,000 bill. During her brief hospital stay, no one discussed with her whether the hospital was in or out of network. Nicki didn’t think to ask either. “That’s really not what you’re thinking about when you’re having life-threatening symptoms, like ‘hmm, I wonder which of these hospitals might be in my network.’” Nicki spent the next five months researching and speaking with health advocates and attorneys. She sent an appeal letter to her insurance and even studied up on California’s billing laws. Her employer got involved to advocate for her with the insurance company. Eventually, after months of advocacy from Nicki and her employer, the insurance company paid the bill.