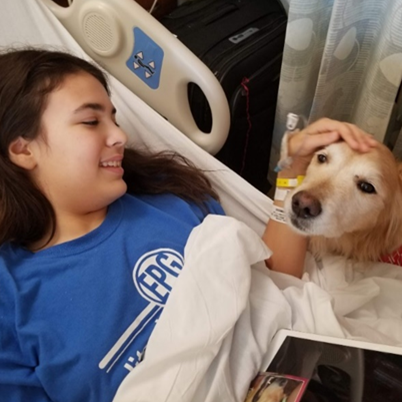 In February 2019, Alexis was on vacation with her family in the Poconos Mountains. While skiing, her daughter took a wrong turn and hit a tree. Her injuries were severe, and an ambulance took her to a local hospital where it was determined that she need to be transferred to a facility that could more adequately handle her level of trauma. The safest and quickest option was for her to be airlifted. Ultimately, it required two surgeries to address multiple broken bones in her pelvis, hip, and lower spine, and they were told to expect up to a year for a full recovery. By the time Alexis’ family returned home from the hospital, the air ambulance bill was already in their mailbox, to the tune of $65,000. “We just kind of figured, this is a mistake or surely this is going to get covered.” Alexis called the hospital, insurance company, and air transport company to appeal the outrageous bill, as their insurance policy clearly included emergency medical transport, but to no avail. Alexis spent the next several months researching how to fight the bill, all while taking care of her recovering daughter. She collected every shred of available documentation to prove that her daughter’s situation had been a true emergency and required this level of care. “I got letters from the ER doctor that transferred her, all of the ER doctors, all of her medical records. You name it.” Despite it all, their claim was denied in full, and Alexis was on the hook for the entire air ambulance bill. Quickly running out of options, Alexis reached out to Consumer Reports, who offered to call her insurance company on her behalf. The insurance company said that they could not share her case information and nothing seemed to be resolved, but less than a week later, Alexis received a letter saying that her bills would be covered completely. “It did seem pretty coincidental that it happened soon after the phone call was made.” Alexis got lucky, and ultimately her family was spared the dire financial consequences of this surprise bill. But the journey to get there caused extreme stress and unwarranted heartache. She can’t even be sure what ultimately turned things around: “I do wonder if I didn’t do what I did, would it ever have been covered.” The harsh reality is that most families are unable to research and fight for months like Alexis did, and they shouldn’t have to. That time and energy would be better spent focusing on recovery rather than fighting gratuitous medical bills.